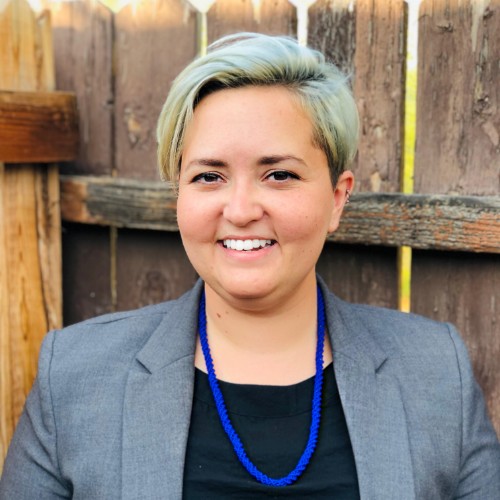 With an increasing focus on Diversity, Equity, & Inclusion (DEI) in recruiting spaces, one essential population to consider is LGBTQ+ students. LGBTQ+ is a term that encompasses many identities, including lesbian, gay, bisexual, trans, queer, questioning, asexual, two-spirit, and others. A Gallup study released in February 2022 found that more than 20% of Gen Z identifies as LGBTQ+.

As a larger percentage of the candidate pool identifies as LGBTQ+, we are finding that their concerns differ somewhat from students who do not identify as LGBTQ+. Our research indicates that top concerns for LGBTQ+ students revolve around discrimination and authenticity.

In our Veris Insights research, we found that 70% of LGBTQ+ students are concerned they could face potential bias or discrimination if they disclose or signal how they identify.

The recent nature of these protections means candidates may still fear discrimination, even if it isn’t always a common experience. When students were asked whether they’ve faced discrimination or bias during the recruiting process due to their sexual orientation or gender identity, 85% said they have not.

However, 7 in 10 students omitted details or modified their resume to hide LGBTQ+-affiliated experiences.

With so many students fearing discrimination and taking action to protect themselves against it, it becomes more difficult to ascertain how often discrimination against LGBTQ+ individuals actually takes place in the hiring process.

Authenticity in the Workplace

Once a candidate becomes an employee, a new set of concerns presents itself.

One concern that was the most prominent in our research is the struggle to be authentic in the workplace for LGBTQ+ employees. 69% of LGBTQ+ students we surveyed worry that employers will think talking about their sexual orientation or gender identity is not “professional.”

The belief that talking about identity is “unprofessional” may contribute to employees hiding aspects of their personhood in the workplace. In fact, research from BCG finds that 40% of LGBTQ+ employees in the US are not “out,” with 26% of them wishing they could be.

The tension between wanting to be authentic in the workplace and worrying whether they will be supported in that authenticity can impact employees’ performance and mental health. Nearly one in five (17%) LGBTQ+ employees feel exhausted from hiding their identities.

These statistics can seem staggering, especially as employers prepare for an increased percentage of the workforce made up of LGBTQ+ employees.

Fortunately, there are some simple ways to create a safer recruitment process. For example, 75% of LGBTQ+ students would find an employer more appealing if they asked about pronouns during interviews or other 1:1 interactions.

This simple change to include pronouns is low cost, but can have big payoffs; something as simple as including pronouns on company LinkedIn pages or email signatures is seen as appealing by 78% of LGBTQ+ students.

As you work towards making your recruitment process more inclusive, consider taking this small first step to acknowledge and include pronouns. Changes like these can help reduce fear of discrimination and make the workplace safer for LGBTQ+ students to be their authentic selves.